There have been times in my gaming career that I've been very . . . overly prepared for a plethora of contingencies.  This is not one of those times.  Due to real life getting really chaotic, my level of preparedness, in general, has gone out the window. 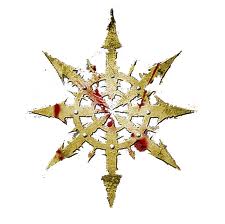 In the past, when I felt like I wasn't quite able to live up to my own standards for prep work and planning, I had a tendency to feel like I was short changing my players, and and when coupled with other issues going on in "real life," this would tend to make me withdraw from gaming, especially GMing.

I've had some really good friends tell me not to withdraw like that, that I need my outlet, and that they enjoy my games and my company, and I am flattered by this.  And while I appreciate the compliment, I also recognize that, yes, I do need my creative outlet and my nights to cut loose gaming wise to stay sane.

Since I'm only running the DC Adventures game right now, this means that the brunt of my rushed GMing is falling on the DC group, and I feel bad for that.  Don't get me wrong, the group is still an absolute blast, but I'll try to elucidate my concerns about my own shortcomings. 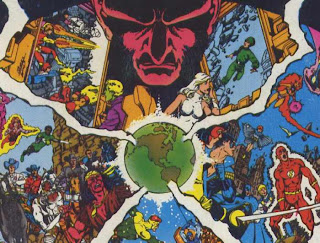 Believe it or not, I actually do have an outline for the overall campaign, I have a series of events that will happen at various points, and I know how they tie into one another.  I've also added events to the outline as the players have made certain choices or shown interest in various types of stories or villains.

In other words, I'm trying to create a very loose structure that, under the right circumstances, tightens up quite a bit and makes other events make sense in the broad view.  This has been working pretty well, but of late, I've been relying on my broad outline and what I know is around the corner a bit more than finding out what direction the players are going and fleshing that out as much as I can before they get there.  It has made the game feel a bit more rapid and gonzo than my originally planned pace.

In my more organized days, this meant that the PCs would turn in a certain direction, I'd flesh out the direction they were moving in, give them some foreshadowing, then show them what was hiding behind the door they walked up upon.  Lately I've been pacing things more along the lines of the PCs turning in a given direction, and the door bursting open with the next plot thread assaulting them with minimal preamble. 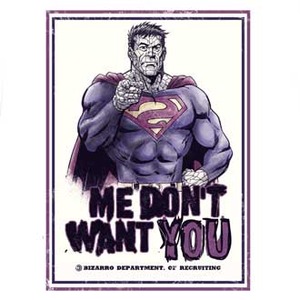 If the grand, overall campaign arc I had in mind would have taken, say, 52 sessions to play out  (to pull a number out of the Anti-Monitor's ass here), my abbreviations would have probably contracted the campaign down to about 48 sessions or so at this point, if that makes any sense.

Basically, because I didn't want to loose my players and the feeling of immediacy for the overall campaign, especially after missing a few sessions, I have stuff that was going to happen eventually happening much sooner and with NPCs screaming exposition at the top of their lungs while attempting to kill the PCs to create momentum.  I'm not thrilled with my own approach when it comes to this, and I really would like to get my pacing back under control.

That having been said, the game is still a lot of fun, and I really want to see what the players add to the campaign and I really want to keep telling what's left of the story hooks I've cooked up.  Life is starting to slowly stabilize again, and I'm feeling that urge to build up the connective tissues between events more convincingly.  I'm hoping all of my players are still enjoying the ride, because I really look forward to the game every other week.

This forced "off the cuff" GMing, however, has either taught me or reminded me of some things that I may have forgotten along the way in recent years. 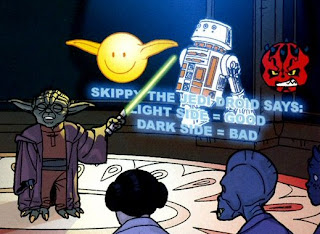 1.  I don't really need fancy tools to get the job done.  I like having stats for people in Hero Lab, for instance, but just printing out stats on a piece of paper so I don't have to look through a rulebook is just as effective and much friendlier in terms of prep time.

2.  Prep time is better used creating an outline and a story than it is dwelling in minutia.  I used to really worry about custom building things that didn't explicitly exist in the books, but unless something is truly special, re-skinning the "Large Robot" in the rulebook is more than enough to convey the stats for Toyman's life sized transformers.

3.  Pacing is king.  You can have the most brilliant idea for a campaign ever, but if you blurt out half the the out campaign secrets in one or two sessions with little work being done by the PCs to uncover them, or you give out a disproportionate amount of the plot for the amount of effort going on, no one is going to care half as much as they would if they really had to scrabble to figure out the little plot twist that keeps them going for the next two sessions.

4.  Sometimes the GMs job is to be mister negative.  Some GMs have no problem with this, and some GMs are way too good at it, but the GM is suppose to provide structure, and sometimes structure means, "no, you can't do that," although it helps if you can say, "you can't do that, but you can do this."

The side effect of all of this GM soul searching coupled with my renewed desire to get organized is that I have that little buzzing at the base of my GM skull telling me that somewhere, sometime, I need to take on another campaign to run.  I had to listen really hard, because at first it sounded like the buzzing wanted me to cobble together a Star Wars game under Savage Worlds or something, but now I'm thinking the buzzing is saying something that sounds suspiciously like Rogue Trader.

But despite the buzzing, I've already got 3 game nights, no prospect for a good night to run it, and a wife who loves me enough to cut off body parts if I get too ambitious.  So for now planning a campaign that won't happen is a "downtime" hobby for when I need a break from planning the campaign I am running.

I also do want to get back into a semblance of a schedule on this here blog, as well, but I've got to think about what that schedule would look like.  In the mean time, I may post a bit later about my thoughts on character development from the player's side of the screen, through the eyes of my ever so cuddly and lovable Space Wolf, Ranger Then. 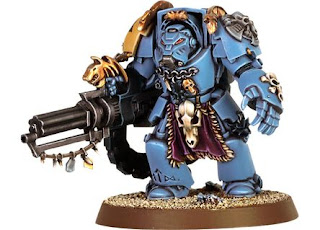 Posted by Jared Rascher at 8:38 PM

Email ThisBlogThis!Share to TwitterShare to FacebookShare to Pinterest
Labels: Organization