This past Tuesday marked the end of my year long DC Adventures campaign.  Given where I am in my life, that's a pretty serious investment.  The game went from PL 10 to PL 12  (after a correction I made after letting half the party go to PL 14 for a while) and we played pretty much every other week for four hours a night, with very few people ever missing the game. 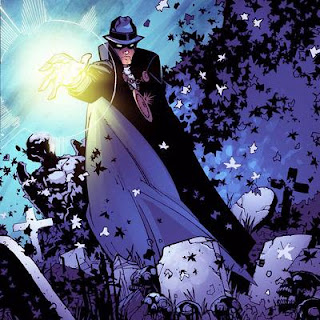 After the wedding, the group met up with the Phantom Stranger, who gave them a chance to live their lives as they would have progressed if they had not been trapped behind one of the Time Trapper's artificial reality barriers set up to generate Hypertime.  After exhaustive discussions about how comic book time travel and alternate realities work  (which is to say pulling stuff out off my rear end and then trying to think of comics that supported my wonky explanations), Fahrenheit, Myrmidon, and Marathon decided to go to their alternate lives. 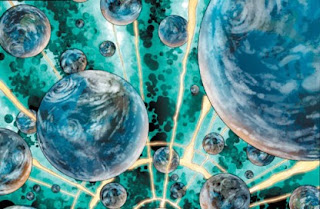 Thankfully, I had planned ahead so that this last event would still go off, even if some of the party moved on.  In short order, the group had recruited Mongal, Solomon Grundy, and Artemis  (formerly Wonder Woman).  They set off to Paradise Island to save the world from an escaping Chronos.

On the island, they fought a thousand or so demons and shades, using the mass combat rules from the Gamemaster's Guide.  Then they descended into Tartarus and watched Darkseid disintegrate his "dupe" Ares, revealing that the potentially escaping Titans were a ruse to bring out the people that blew up Olympus on him. 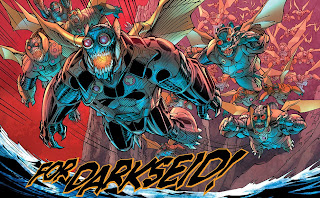 At this point, several hundred parademons attacked, again, using the mass combat rules.  The group took them out fairly quickly, and then Paradox got really big and fell on Darkseid.  Then Paradox got juggled a few times, as Paradox was lifted up so everyone could hit Darkseid, then dropped back on Darkseid, then Darkseid blasted Paradox up in the air, and let him slam down again. 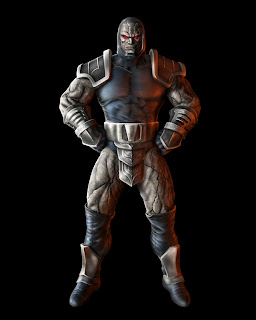 Lots of team attacks on Darkseid, especially since the group had a troupe of Amazons with them  (again, using the mass combat rules).  Darkseid failed, and the group even managed to keep Kalibak from pulling his father back home through a Boom Tube. 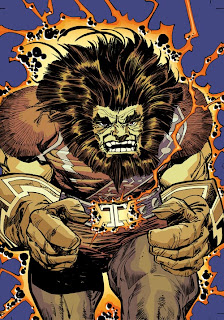 Thus ended the campaign.  From the beginning I wanted the group to have one major "save the world moment" after the JLA returned, to make sure the party didn't feel as if they suddenly didn't matter now that the JLA was back. 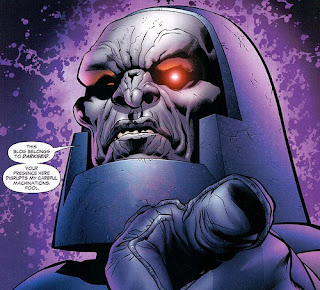 The only thing I really jettisoned from my original ideas about campaign highlights had to do with finding an alternate reality version of the New Gods, where Darkseid was Good King Uxas and was the good guy and Highfather of New Genesis was Big Daddy, who would be decked out like a Jack Kirby cosmic pimp, with a wide brimmed hat and cane and the whole nine yards.  These guys were suppose to be the New Gods in the Crime Syndicate's alternate reality.  I couldn't quite make it fit organically, so I didn't use it.

Oh, and I was going to have the group fight the Royal Flush Gang, but by the time I had stats for them (I kept putting off making my own), they had appeared in Justice League:  Doom, and I didn't want to look like I was just throwing stuff into the campaign that I just saw the night before.  Given that the fight was more to establish something than actually advance the plot  ("every version of the League ends up fighting these guys"), it wasn't a big sacrifice. 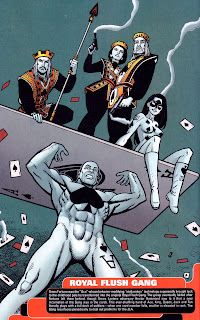 We all had fun, and it was very gratifying and humbling to hear my players talk about enjoying the campaign.  I have been very blessed to have the crew that I have, and they carried me on a lot of nights when my ideas alone would not have been nearly as entertaining as the direction they pursued.

I do know I was way too clumsy in how I hammered home the multiverse and alternate realities in the last two sessions, especially knowing that the group was already a bit burned out on those elements.  As a GM, I really dropped the ball on my tactics for both the Time Trapper and Darkseid, and as a result, both major boss fights seemed less epic than I would have liked them to feel.  My last appearance of the Phantom Stranger was really just suppose to be an excuse to hand out hero points and to give the team a reason to take point in the final mission, but I should have heeded that the Phantom Stranger had already wore out his welcome, and probably telegraphed and framed the choice he gave them much better than I did.

Thank you to all of my players for an excellent campaign.  Thank you to anyone that has indulged me and read this campaign as it has developed.
Posted by Jared Rascher at 7:17 AM