Look, Up In The Sky . . . It's Another Superman DTV Movie! (Superman versus the Elite)

Just a quick note on Superman Versus The Elite, which I watched this weekend.  I don't think I would call it "fun," but I'd definitely skew towards saying it's "worth watching" if you like comic book geekery and have any level of affection for Kal-El.  The main reason I hold back on saying fun is, from mid-movie to the climax, it gets a bit brutal an intense. 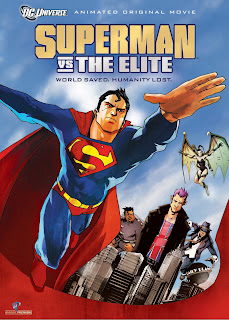 One of the things that I liked about it was that it's pretty clear that Superman doesn't think that lethal force, in and of itself, is the problem.  It's that people that have a gift and that act as "do gooders" are active in the world, it's their responsibility to do things the "hard way" so that they set the standard. 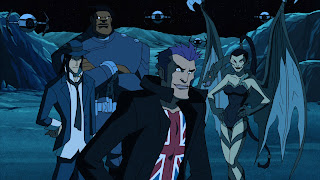 It's very interesting to me, because, agree or not, it reinforces a discussion I had with one of my players recently about the differences between DC and Marvel characters, at least traditionally.  DC characters tend to live apart from the world.  Oh, they patrol for bad guys and save the planet, but they are, in many ways, their own separate society.

Marvel characters tend to be "in the world," not apart from it.  While there are clearly moral standards, and they are high  (just ask Spidey about that whole great power thing), Marvel heroes tend to be more likely to do something because it is right, personally, and less likely to do it because they are paragon of morality that will be scrutinized   (note, I'm saying this tends to be the case, not that it's the case for every character). 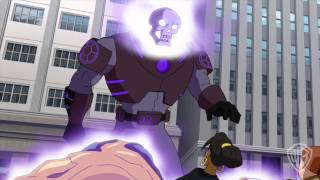 All of that aside, it's not a bad movie.  As I said, it feels very brutal from about the middle on, and I have to say, I think they could have made a stronger case for the Atomic Skull's incarceration, since he was much more of a corner case villain than your run of the mill costumed criminal.  Not to mention that it's kind of hard to picture the Atomic Skull being placed in a local prison that can't quite handle his abilities instead of Belle Reve or some other major federal super villain lock-up.

Still, that's a nit-pick that won't matter to people that are just watching this at face value without any other DC Universe lore to get in the way.

The animation was not my favorite.  While the DC Animated movies have utilized a more cartoony look before, for example, on Public Enemies, that style matched the artwork in the original comic much more than this style seemed to match the source material.  I can only assume that there was some kind of point that the producers were trying to make about the simplistic style and the overall theme of the piece, but the animation just wasn't attractive and often felt out of place as the story got progressively more brutal. 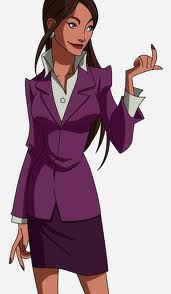 One piece of the animation, strangely, did work for me.  The Lois character model for this movie was adorable, and Pauley Perrette made for a very convincing, energetic, and sarcastic voice for Lois.  I hope she gets the gig again in the future.

I'd rank this one behind All-Star Superman as far as the solo Superman flicks go, but ahead of Doomsday.
Posted by Jared Rascher at 11:09 PM