The Spirit of a Setting, Absolutes, and Implied Absolutes

I've been thinking a lot about shared world settings again, given that I just finished the Sundering novels for the Forgotten Realms and am rather enjoying the contents of the Sword Coast Adventurer's Guide, and it's making me cogitate upon shared world settings and how they are used, as well as the reputation they gain over time.

First, I've never been one to say continuity doesn't matter. I like continuity. If some country has never fallen in a war, I don't want some backstory material to accidentally mention that time that they were a vassal state to someone for a century after they lost a war, and I want any new material that shows them getting defeated in a war to be a big deal, because of existing lore.

That said, I've seen people take continuity to massive extremes. If one author casually mentions that a character is left-handed in one story, and it's never been an important detail, just trivia, if later someone makes the mistake of saying that person is right-handed? Not really that important. In the grand scheme of things that really was trivia.

Now, I'm not talking about a character that had to get a sword specially crafted because he was left handed, and picks up a nickname "The Sinister," because of his handedness, and dropping all of that. The rest of that starts to become detail and backstory. But things that get mentioned once, and never expounded upon, in my mind, are fair game for revision later on.

Sometimes I think continuity gets a bad reputation because people apply it for different reasons. The reason I value continuity is because it serves as a shared language regarding that setting. If I mention Red Wizards of Thay in the context of the Forgotten Realms, people that know the setting have an idea of what the discussion is going to entail even before it begins. Similarly, if I mention the ISB in Star Wars, for people that have knowledge of that agency, two fans discussing the setting already start with a common "vocabulary" of sorts. 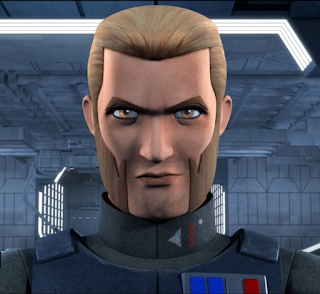 When running games, that "vocabulary" can be effectively utilized to create a game session that recalls the feeling of the setting. The more vocabulary you have in place, the more subtle you can be with it in order to evoke the feeling of the setting. For someone that has only ever seen A New Hope, referencing the Death Star, Vader, and Tatooine may be the only shared touchstones from which to build a game. However, once more movies and other media are introduced, mentioning pod racing, Hutt crime syndicates, bounty hunters, Mustafar, and level 1313 of Coruscant suddenly call back to the overall Star Wars experience for those that have a shared experience of the setting.

Unfortunately, the other way in which continuity can be used is as a litmus test for "true fans." In those cases, trivialities such as handedness mentioned once and never used to important effect suddenly become important details. Instead of using the shared language of the setting to communicate (and in the case of games, create new story elements), the language is used as a means of separating those that "belong" from those that do not, and of establishing a hierarchy among those that do "belong." 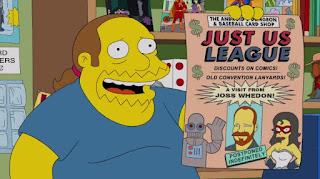 Absolutes tend to really play into this. Once setting material says "only X number of something have ever existed," it becomes a limiter. This is fine if the limiter exists to support an element in the setting. You only have two Sith Lords at a time, fine. They are rare bad guys. You understand that. But what if the limiter was "you only have two people that can use the Dark Side at a time?" What if you have a limiter that is absolute, but isn't important enough in the setting to remember? Over the whole time the Jedi Order has been around, there have only ever been how many people that left? Really? Why was that important to delineate?

But, what's worse about an absolute, such as the above, is that it can imply other absolutes, that people sometimes will then apply in their litmus tests. So, if only 20 Jedi have left the Order, does that just count those that have become Jedi Knights? If so, you still have plenty of room left for people to have left the Order before they became knights. However, there are those who will decry this sort of logic, because from the "litmus test" side of things, it's better to err on the more stringent side than the more liberal.

Reading The Herald (the final book of The Sundering), it occurred to me that having PCs run into a poorly defined section of Myth Drannor could be a very Realms feeling adventure. The region could be within a wild magic region, denoting the damage to the Weave and the Mythal that was detailed in the novels. There could be shadowy creatures that are remnants of crashed Thultanthar, and a crypt guarded by a Baelnorn that might be difficult for the PCs to defeat, but might be convinced to gift them with treasure in exchange for promises to do something important for elf-kind or what have you.

But upon thinking of this, it also occurs to me that I've seen Realms fans that would demand where you located this dungeon complex, would point out that where you put it, while maybe not wrong, is further south than anyone has placed Myth Dranan ruins before. They might point out that the types of shadow creatures you want to use have never been associated with the Shadovar in the past. They may also point out that while not explicitly said, it might be inferred that the Baelnorn in Myth Drannor were all destroyed in the final fight with Thultanthar. 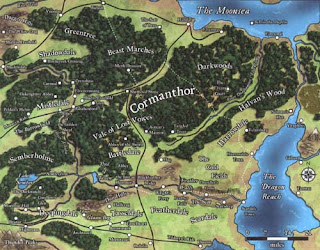 In other words, depending on the "conversation" or "litmus test" side of things, it might actually be "more acceptable" to some to present a generic D&D adventure in that same region, because you are "safe" from any implied canon violations, than it is to create an adventure that might get some of the "grammar" of the Realms language wrong in order to use that shared language to craft something that feels native to the setting.

Granted, continuity in an ongoing published setting that is primarily about telling complete stories is somewhat different than continuity in a game setting, where the point is to add your own spin on things, but I still feel that continuity can be a great tool for creating a shared language, even if it exists only to convey the starting point from which you intend to diverge.
Posted by Jared Rascher at 10:11 PM 1 comment: