One of the things that I really liked when I first saw the D&D Basic Rules for 5th edition were the Backgrounds. I really liked the idea of having easily summarized character traits that, if roleplayed well, would result in a character getting Inspiration. The better the roleplaying, and the more the character defines their character, the more Inspiration.

The problem is, I've played a lot of D&D 5th since then, and I've almost never seen it work out this way. Inspiration gets used, but almost always when called out in an adventure, or when someone does something over the top or outrageous, not when they do something true to the traits they defined for their character.

That means for a lot of players, Traits, Ideals, Bonds, and Flaws are kind of pointless. Sure, it might help them define their character. Or it may be something they don't pay any attention to on their character sheet. For DMs, it gets to be really difficult to keep track of 12 to 28 different character traits that could trigger in a game, and a lot of players don't want to interrupt the game and say "mister DM, my trait just went off, can I have Inspiration?"

So, looking at other RPGs, I had some ideas about bringing in some of those elements into a game session, so they get some use, and get the Inspriation well pumping.

Bonds are, in many ways, similar to Obligation or Duty in the Star Wars RPGs from Fantasy Flight. With this in mind, you could make a chart of Bonds for all of the characters, and at the end of one session or the beginning of another, the DM can roll on this chart and attempt to incorporate that Bond into the session, and when it comes up, award Inspiration.

In the Fanasy Flight system, Obligation or Duty almost never triggers every session, at least until their rating gets higher, but Bonds wouldn't have a rating associated with it. In this case, I'd make a chart that includes one "nothing triggers" entry for each PC. So if you have a group of four PCs, slots 1-4 are the Bonds of the PCs, and slots 5-8 are "nothing triggers."

If you get to a number like 7 players, convert to percentile and put the extra "rounded off" points onto "nothing triggers."

If the person that comes up on the die already has Inspiration, don't take them off the list, but roll again. If everyone has Inpirattion in the party, don't roll for that session. 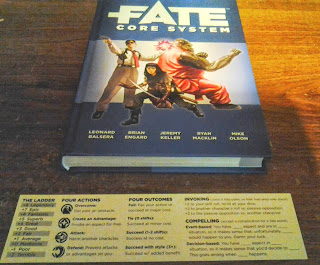 With Flaws, I think the DM can handle keeping track of 3-7 (on average, not counting more outlier group numbers) Flaws, and have a list handy. Once or twice per session, in a manner not unlike Compelling an Aspect in Fate, the DM can ask a player if they would like to do something related to their flaw to make the current situation worse. They don't get the Inspiration until after the scene (so they can't use the Inspiration to mitigate the worse situation).

Once a character has done this, cross them off the list, and next time, offer that chance to another PC. Once every PC has had their Flaw compelled in this manner, put everyone back on the list and start again.

If a character has picked up a second (or third, etc) flaw from a curse or insanity, put that flaw on the list separately. The list isn't limited by character, but by the actual Flaws present in the party, or else, what's the point of picking up extra Flaws?

It probably goes without saying, but don't offer this "compel" if the character in question already has Inspiration, since they won't get any benefit from gaining more and/or they have Inspiration to spend to help mitigate a situation they made worse.

Whenever I've run Star Wars games from Fantasy Flight, at the end of the session, when figuring up XP, I usually ask if anyone has performed according to their motivations to see if they should gain an extra point or two of XP.

Since Personality Traits and Ideals are much broader than Bonds and Flaws, it would be easy to poll the group at the end of the session and ask them if they felt that they utilized either aspect of their character, and if so, to give an example. If everyone agrees that they did live up to that aspect of their character, hand them out the Inspiration at the end of the session.

I'm hoping that by breaking these items out more specifically, and having a bit more of a structure for awarding Inspiration, this aspect of the character's Background might become a more useful and functional element of the game, and not just a box sitting there all lonely on the character sheet.
Posted by Jared Rascher at 12:10 PM