More Thoughts on Adventures in Middle-earth and The One Ring

As I was reading the Adventures in Middle-earth Player's Guide, I knew I was going to have some follow up thoughts on the book, and I didn't want to muddy the review with them. That's because my follow up thoughts have to do it's sister product line, The One Ring, and my personal feelings about running a Middle-earth game and what system to use. 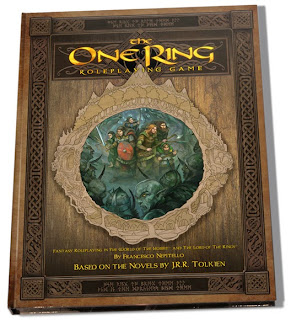 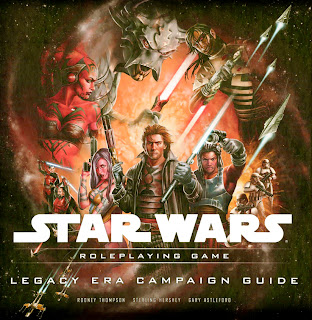 Various games have been better or worse for the setting they are trying to portray. I played in a Star Wars d20 game way back in the day, and while it worked fine, the mechanics weren't ideal. Star Wars Saga Edition came out, and it was better . . . until the last half of the game's run, when splat books started coming out almost as the same rate as the 3.5 D&D offerings, and didn't seem to be getting a thorough editing pass to boot. Marvel Super Heroes and Marvel Heroic Roleplaying both seemed to work great for Marvel games, and DC Adventures/Mutants and Masterminds 3rd worked really well for my DC game.

But some game systems just seem to really "get" the setting they are trying to portray. The One Ring is one of those games. The game oozes Tolkien feel and integrates the tropes really well. The game was a joy to read, and every time I see how something was handled in the game, from injury to fatigue to travels, it just felt like the people making the game were in the right frame of mind to portray the setting. 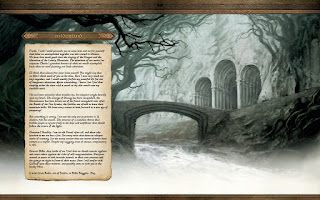 However well the game seems to model Tolkien, though, it is not a rules light game. While it is logical and consistent, it is composed of a lot of subsystems. That means that people that don't like to learn new game systems too often aren't likely to be drawn to the game.

On the other hand, the game is very, very steeped in Tolkien tradition. That means that gamers that aren't overly fond of Tolkien aren't going to jump on the bandwagon to try out the new mechanics, because those new mechanics reinforce the feel of The Hobbit and The Lord of the Rings.

Which means that if I ever, personally, get around to running a Middle-earth campaign, unless I happen upon a group of 3-5 people that are both huge Tolkien fans and immediately put me at ease when it comes to running a game, I'm probably much more likely to run Adventures in Middle-earth, and that makes me feel oddly guilty. 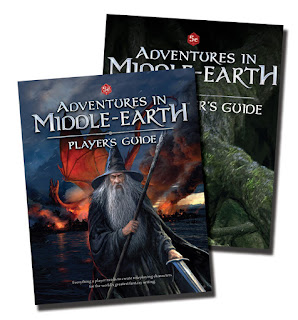 The One Ring is such a good game, and such a well crafted game for doing what it sets out to do, I want to say that I would use it, 100%, with no reservations, but with all of the rules and the fact that it is so perfectly suited to the setting, well, it kind of intimidates me. I can think of other games that I would be intimidated to run, but I can't think of any that I like and would actually like to run that intimidate me this way.
Posted by Jared Rascher at 3:37 PM

Email ThisBlogThis!Share to TwitterShare to FacebookShare to Pinterest
Labels: Adventures in Middle-earth, The One Ring