The Rise of Selective Shared Continuity 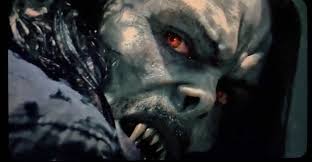 What the multiverse does that mean? Well, this is the kind of thing that the Star Wars Expanded Universe made pretty standard, but it has probably existed for as long as someone thought it was fun to share elements of a story, but still wished to retain control over a character in the long run.

Let’s say you have a crossover between Spider-Man and Superman. Their regular comics will never reference what happened in the crossover comic, but the cross-over assumes that the version of Spider-Man and Superman you are seeing have experienced everything from their regular comic book series. After the cross-over, nobody in the individual comics ever references this, but if there is a sequel, it does reference the previous comic storyline, as well as whatever happened to the characters in their individual books.

When I say that this happened in the Expanded Universe for Star Wars, I think it’s important to note that while this was eventually clarified by Lucasfilm, a lot of fans, especially of EU material, never quite understood the Selective Shared Continuity of the EU. There were multiple levels of primacy in Star Wars canon that had to be followed by the items further down the list. For example, everything that happened in the movies, had to happen in comics, novels, and video games. But novels and comics were a lower level of canon than the movies, so that treatment of canon didn’t flow “upstream.” Something that happened in a novel or a comic didn’t have to be reflected or acknowledged in a movie.

Some of the most ambitious Selective Shared Continuity may have come from the Avengers/JLA crossover. While the individual DC or Marvel comics didn’t reference characters from the other company, some of the cosmic events that happened were referenced as established history at the individual companies. Before the Avengers/JLA crossover, the 90s DC Versus Marvel crossover also created several unique characters jointly owned by both companies that were only used when both companies were publishing a shared crossover story. 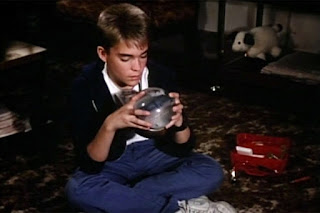 It’s also probably worth noting that this also happened a lot as gimmicks for television series. Many network television series would crossover various series, but without ongoing elements from the individual series making a long-term impact. I’m not going to go into the full ramifications of this, but without applying the logic of Selective Shared Continuity, you end up with the Tommy Westphall shared universe.

One of the more recent examples of this, without being literally stated, were the Marvel televisions projects both on Netflix and the ABC series Agents of SHIELD. “The Event,” and some of the Avengers were mentioned in the Netflix series, but beyond the Invasion of New York, other Marvel Cinematic Universe historical elements never had an impact on these series. The Sokovia Accords, for example, never impact our super powered street level heroes.

Agents of SHIELD seemed to operate in an even more Star Wars EU like model, especially for its earlier seasons. References were made to the Avengers or Thor: The Dark World, and a backstory for Nick Fury’s contribution to Age of Ultron were all referenced, but not only was Coulson not referenced in Age of Ultron, Joss Whedon went on record as saying that, for the purposes of the movies, Coulson was dead.

Essentially Selective Shared Continuity might be set up to that there is a floodgate that flows one direction, or it may be set up so that two sources empty into the same reservoir, but the assumption is not that because the two bodies of water touch, that they are now one body of water.

As an example, in the MCU, the events of End Game make it clear that Earth was almost in a post-apocalyptic state, with the Avengers helping to rebuild, and the Earth slowly recovering after five years. This is covered . . . differently in Spider-Man Far From Home, where it’s referred to as “the blip,” where some people disappeared for five years and then came back to a world that looked pretty much like it looked when they disappeared, without a lot of details.  Nobody is going to mention Thanos’ assault fleet or the trauma and horror of those five years in a Spider-Man extended universe film, but someone may make a joke about Peter looking five years younger than he should.

What are the potential issues with Selective Shared Continuity? First and foremost, it’s a bit confusing for fans. Part of why it is confusing for fans is that it is a purposeful internal construct to make both worlds feel as if they are connected, but only for the amount of time that the media is “connected.” Spending too much time explaining to the audience that the Spider-Man being referenced in a movie is actually a different Spider-Man than the one in the MCU, that is played by the same actor and has had very similar things happen to him, defeats the feeling that is desired, that this is, indeed, the same Spider-Man that was smitten with Captain Marvel while fighting Thanos.

If this is so confusing, and it’s something that is “sort of” acknowledged, but otherwise intentionally ignored, why use it? Essentially it allows for greater flexibility with a property, without ceding control of the material in question. Disney doesn’t want to have to acknowledge that Venom or Morbius exist, but it’s okay for “A” Tom Holland Spider-Man to interact with those characters on some level. George Lucas wanted people continuing to tell Star Wars stories when he was between projects, but he didn’t want anyone to have the expectation that he was going to alter his ideas to fit a series of novels or comics whenever he decided to return to the franchise.

It is essentially a super-position for a creative work, where it is having material produced for that work, while reserving the right for some aspect of that work to not “count” towards the official canon of that body of work.

Crossovers of Future Past

It is also a storytelling constraint that is uniquely born of intellectual property laws. When Robin Hood appears in The Once and Future King, or in Ivanhoe, there isn’t a feeling that there needs to be a disclaimer saying that this is or isn’t part of the “canon” of Robin Hood’s solo adventures. He’s a story element that gets co-opted for those stories, where he is important only so far as he participates in those stories. In addition to intellectual property laws, Selective Shared Continuity assumes an ongoing narrative. There isn’t much purpose in being concerned about how much of an external character’s world is true in the world that they are now appearing in, if where they are appearing is a singular work. For the purposes of Ivanhoe, it doesn’t really matter if the archery contest that the Sheriff staged to flush out Robin Hood did or did not happen, because it is a singular book that uses the character for one section and is then over.

There are tons of myths and legends that have adapted over time as one group of people encountered another and started sharing gods and heroes in their storytelling. To some extent, this has even happened in the early life cycle of what would be Selective Shared Continuity, but it is usually accompanied by legal ownership changing hands. For example, DC Comics acquisition of characters like Captain Marvel, Captain Atom, Blue Beetle, and the Question.

Selective Shared Continuity is, in a way, a form of special effect. When we watch dragons, aliens, and flashy magical spells, we know that what we are seeing isn’t real, but in the context of what we are watching, under the right circumstances, we will away our mundane perceptions to live in that moment. The difference is that Selective Shared Continuity isn’t asking our minds to forget the laws of the reality we live in, but instead, the reality of the laws that govern ideas and imagination.
Posted by Jared Rascher at 2:14 PM