What Do I Know About First Impressions? Unearthed Arcana 2020 Subclasses Part 3 (D&D 5e) 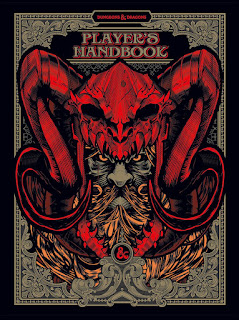 Even more subclasses, this time with (I’m pretty sure) way less controversy attached to them.

This time, we’ve got subclasses for the artificer, druid, and ranger. I think it’s interesting that we’re seeing an artificer subclass come up, because that either implies another Eberron source, or it’s a statement of intent that just because artificer shows up in the Eberron book, it it’s still considered a supported class across the board (I know, the class write up also indicates this, but it’s nice to see that followed up with actions as well).

The artificer subclass is the armorer, an artifact that forges a special bond with their armor. This subclass grants proficiency with smith’s tools and with heavy armor, which is a big nod to what armor you should be looking at for your character by the time you hit 3rd level.


Probably not worth going down this road, but technically if you had the dual wielder feat, since both of your gauntlets are considered to be simple weapons in guardian mode, you would get a +1 to armor class and potentially have the ability to slap two opponents to grant them disadvantage or draw their ire.

All of that was what you picked up at 3rd level. Artificer really does redefine a playstyle when you pick you subclass.

There are some new artificer infusions included as well, which would be options for all artifacts, but are at least nominally themed to fit with the armorer. One lets you swap intelligence for strength when wearing the imbued armor, another lets you connect tools to your armor, one allows you to imbue a helmet to allow for advantage on initiative. There is one that allows you to imbue armor or robes so that the wearer can use their reaction to succeed when they fail a concentration check, and one that allows you to infuse a ring with the ability to store spells.

The Armor of Magical Strength feels like it’s going to be most popular for front line artificers, and the Mind Sharpener feels like it’s going to make an artificer really, really popular with their caster friends. I can’t remember offhand how many armor descriptions specifically describe included helmets, but if leather doesn’t have that provision included, I’m wondering if this infusion should be expanded to work on hoods, hats, or circlets as well as helmets. I’m pretty sure an assassins and anyone else that might end up with a “triggered before your opponents act” ability will want to get in on this infusion at some point in time.

I wish the spells were more flavorful for the armorer, and it feels weird that they don’t get any kind of kicker for when they use infusions on someone else’s armor. They are armorers that are really just really good at working on custom armor that they intend to wear themselves. And for some reason I can’t put my finger on, I’m fine with stealth electrical darts, but the gem thing is bugging me because I’m thinking it should mean something that I’m not connecting.

You’re an astrology druid! Kind of. You aren’t doing individual horoscopes so much as predicting trends by looking at the stars, and adopting aspects of the constellations. But I still like the overall flavor of this.


I really love this subclass. I love tying the special abilities for the Starry Form to constellations, and I continue to enjoy divinations that play with the dice, instead of locking the DM into trying to come up with actual future events. If I had to point to any one thing, the “glowing” part of guiding bolt fits the theme, but I think the free extra helping of 4d6 + advantage may be a little much compared to some of the other circles when looking at the 2nd level abilities.

This is a ranger that has learned about the fey and their ways, and helps to guard against hostile or aggressive fey creatures that may cross over into the world. Okay, I like the theme for a ranger, let’s look at what they get.

First off, there is a d6 randomized feature that is essentially how your connection to the fey manifests. I am really liking these d6 randomizers for subclasses. Not only are they fun, but they are also permission to do something similar to customize your character if none of these ideas work for you.


This class is mostly on theme, but I like the idea that the ranger is learning these abilities to guard against similar abilities. That’s why I would rather replace charm with something else, and why I would probably remove charm as an option for the 11th level ability. However, outside of that, I love the idea of deflecting psychic energy around the battlefield, and I adore being invisible to just that one person on the field.

I think the druid and ranger options tell a pretty strong story, though I might scale a few things back as options with both of them. I couldn’t help but think that somebody watched Stardust again just before sitting down to design them, but that may just be me.

I like the artificer option, but I feel like it’s either trying to go full Tony Stark (in which case it really needs to be able to fly), or it needs to have something that lets it provide some kickers to armor that it infuses for others.

Overall, it’s interesting to see the emergent trend of “spend X spell level to get back something you would normally get per long rest” and “when you roll a 9 or lower, treat it as a 10” as recurring design elements in a lot of this UA.

It also feels like we’re seeing more mitigation of concentration checks that don’t lean on a player picking up a feat they may not have otherwise wanted to take. I think some of this speaks to the idea that concentration as a limiter is good, but Constitution saves can feel punitive to some of the casters that have to make them.

When I do these first looks, I usually look through the other subclasses and what they get at that level as a guide for how these UA options feel comparatively, and this works fine for the druid, I think, but it feels weird for the artificer, since the subclasses do involve some really different playstyles, and it’s tricky for the ranger because . . . well, the ranger started off with a lot of design that was more “situationally good” versus broadly good, compared to other classes.

That’s a lot of words for a first look. Artificer okay, could use a stronger story theme with the abilities. Druid and ranger, really strong stories, with the druid maybe getting too much blasting at 2nd level, and the ranger getting too much charm versus just using fey tricks to combat rampaging fey creatures and things that use similar tricks. I’m going to internet stride out of here, now.
Posted by Jared Rascher at 7:23 PM