What Do I Know About First Impressions? Unearthed Arcana 2020 Spells and Magic Tattoos 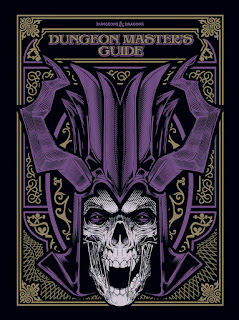 The pace of this year’s Unearthed Arcana articles was going really fast, but recently, we’ve had a bit of a chance to digest the previous offerings. Good thing nothing major has happened in the world since the last time we had one of these. Ahem. Anyway, let’s take a look.

Today’s Unearthed Arcana is for Spells and Magic Tattoos. Most (but not all) of our spells are related to conjuration magic, while our new magic items all involve a new (for 5th edition) form of magical loot, the tattoo.

The Spells that Don’t Summon Anything

The spells we have in the document that don’t summon anything are Acid Stream, a 1st level spell, and Otherworldly Form, which is a 6th level transmutation spell.

Acid Stream is an all or nothing save, and does one die type less than Burning Hands. If you use the “assumed number of targets” from the DMG adjudicating area effect table, Acid Stream is also only assumed to be catching one target at a time (although it could catch anything in a 30-foot line actual practice), compared to the assumed two targets of Burning Hands. It’s hard to squint and figure it out perfectly, but it seems like a decent trade-off, and then you can horrify your players by explaining that they are scarring someone with acid as an offensive weapon as I usually point out whenever anyone uses an acid-based spell in my campaigns.

Otherworldly Form lets you borrow aspects of creatures from the Lower or Upper planes, giving you some immunities, wings and a fly speed, a bonus to armor class, the ability to use your spellcasting stat for your weapon attacks which are considered magical, and an extra attack with your attack action, but only if you don’t already get an extra one. I tried to triangulate this one between the investiture spells and Tenser’s Transformation, and I can’t really tell you if it’s level appropriate or not. You get more perks with this spell, more damage output with some of the investitures, and temp hit points with Transformation.

Time to Summon Some Things

Because the rest of the spells all have similar traits, I’ll tackle Spirit Shroud first. It’s a 3rd level spell that lets you wrap yourself in dead people to do extra damage. D&D is fun. You reduce the speed of anyone near you by 10 feet, and do an extra die of radiant or necrotic damage (your choice based on the alignment of the dead people you want to invade your social distancing space), and you can cast it as a bonus action. It shows up on the cleric, paladin, and warlock spell lists.

The die type is a little better than Elemental Weapon, but you don’t get the bonus to hit that Element Weapon provides. However, it does give you access to necrotic or radiant damage, which are damage types Elemental Weapon doesn’t do, and it can be cast as a bonus action. Overall that feels like a better option, however, just like Elemental Weapon, it’s concentration, so if you get up close and personal, you are much more likely to be making those constitution saves to maintain the spell.

The other summoning spells are:


What all of these spells have in common is that they cost from 200 to 600 gp to cast, and they summon a creature with a stat block defined in the spell. Most of these creatures can be further specialized with a “type” within their broader type. For example, Fiendish Spirits can be Demons, Devils, or Yugoloths, Celestial Spirits can be Defenders or Avengers, and Undead Spirits can be Ghostly, Skeletal, or Putrid. That secondary choice gives them slightly different attacks, immunities, resistances, and special abilities.

The creatures show up and act after the caster’s turn in combat, and follow commands that don’t require an action to hand out. All of these are concentration spells, so no multiple monster shenanigans while these are present.

I didn’t do a comparison of every single possible summons, but I did do a quick look up of what single summons for comparable spells will get you with existing summoning spells, versus what you get with these single creatures. Almost across the board, AC is comparable, hit points for the new UA spells are much lower, and damage output . . . is hard to track.

When you look at the beast spirit, it’s comparable to every single animal mentioned in the Summon Animals spell, except for polar bears and saber-toothed tigers, which ruin the damage curve. On the other hand, comparing the fiendish summon to barbed devils, the damage output is better, and compared to bearded devils . . . okay, bearded devil damage is weird and hard to track, because it involves saves and follow up damage for injured targets, so let’s just say the damage is comparable.

The number of attacks for all of these spells is ½ the spell level used to cast the spell, which is less variable than the individual monster stat blocks. This is where things get a bit twisted. I don’t think the spirits look too bad compared to a one on one comparison of single summons, but a lot of people count on multiple summons, either for tricksy special abilities, or just for creating multiple targets and swarming their opponent with increased action economy.

So while I really like this approach to summoning spells, and wish they had been this way from the start of 5th edition, I don’t know that you can get these spells to catch on now that the cat is out of the summoning circle. I love the simplicity of the stat block existing in the spell, the simple customization, and the “they go right after the summoner” aspect.

Having just had my bearfolk druid summon a pair of quicklings last session in one of my games, I don’t know that this fey option is going to have much traction, and that’s not even figuring in that existing summoning spells generally don’t have an expensive material component as part of the casting. This feels like trying to retcon summoning after almost six years of other options being in use. It’s better to me, as a DM and someone that appreciates simpler game rules, but without removing previous options, I’m not sure these are attractive enough. And part of what makes the old summoning spells attractive is that they aren’t simple.

Time To Get Inked

So, magical tattoos are actually magical needles that you find, and when you attune to them, they spread out onto your body. If you ever drop that attunement, they reappear in a magical needle waiting for someone else to attune.

I get this for purposes of being able to treat these like regular magic items, but I kind of like the idea of someone literally working on your magical tattoo to add it to your body, using their artistic ability. I blame Critical Role and Orly.

There is a chart showing how much room the tattoo should take up compared to its rarity, but I don’t know that I like the straight correlation between rarity and size of the tattoo. The amount of room the tattoo takes up is a “guideline,” and while it takes attunement to use a magical tattoo, all magical tattoos count as the same attunement “slot.” I’m not sure how I feel about that. It feels like attunement is meant to be a limiter, and that’s basically constraining the number and variety of magical tattoos you would present in a given source, or you risk making them a better magic item option than anything else (although, of course in 5e, magic items aren’t a given, so I’m probably overthinking this).

The magical tattoos presented include the following:


Aside from some of the quibbly bits I pointed out above, I love this concept, and there is a pretty good range of rarity and effects. It’s also potentially way more thematic to have a character grubbing for AC bonuses, for example, to have a tattoo instead of the same old bracers or rings. Spell storing tattoos are an old favorite. Overall, I really like this as another option for magical treasure, although I wish there was a better way to bridge 5e’s means of distribution for magic items and a more artistic flourish for getting the tattoo in the first place.

I really like pretty much this whole batch of UA this time out, except that some of the things I like the most, the summoning spells, may feel too much like closing the portal after the ki-rin got out. If nothing else, I’m a huge fan of not messing with initiative order too much after the fight starts, and not requiring the player to reference too many books when casting the spell. Since the Bestial Spirits stack up reasonably with most of the beast stat blocks for a spell one level lower, maybe just knocking the gp cost for components down would make them more desirable, but it's hard to give up variety for simplicity.
Posted by Jared Rascher at 10:23 PM