In Shadowrun Anarchy, the game is always moving in turns. Until everyone wants to interact at the same time, one player goes, and if they aren't in combat, once they take an action and do everything they want to do, it moves to the next player. 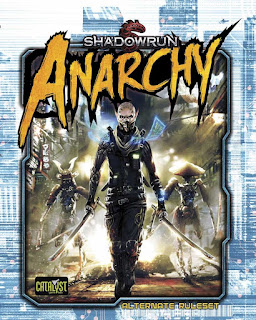 When all of the players are present and may need to quickly interact with one another and NPCs in rapid succession, the game moves into "Talk Time," and turns as rigidly moved from one player to another. Once it seems like players are doing individually important things again, you move back into the structured turns, which Shadowrun Anarchy calls "narratives."

So what does all of that have to do with Star Wars RPGs?

Star Wars is all about action. Things happen. Things move. The more traditional the game system is, however, the more likely you are to fall into traps like characters spending half a session shopping. When was the last time you remember shopping being a major part of a Star Wars story? 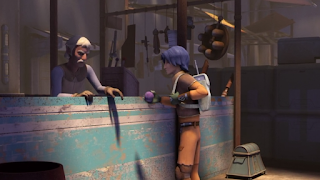 At the same time, credits and acquiring things are still a part of Star Wars. I have some other ideas for modeling this same thing, but there are always multiple solutions to a problem, and multiple tools that can be used in a project.

When a character wants to look for multiple items, and then look for it legally, fail, then look for it legally, then haggle for the item, this can take a lot of the wind out of the game. Sure, you can appeal to the character and ask them to move along to keep the pacing, but it feels like you are stifling what they want to do, since the game itself says you can do that thing.

When players are together and all interacting equally with NPCs and one another, the group is "in committee." In this instance, there aren't going to be a lot of checks going on, and those that are made will usually be ones that multiple players will be contributing to with assisted checks.


In Solo Mode, characters explain what their character is doing. They can transition from one location to another, as long as it makes sense for the narrative (for example, the time it takes to go from the cantina to the spaceport doesn't matter, but it's one area transition to another--leaving planet wouldn't make sense to the narrative, however).

In addition to the one scene transition, the character can make one check that requires a die roll. Once that check is made, and the outcome is resolved, the scene wipes, and the next character describes what their character is doing, transitioning from one location to another, and making another check.

Just like in combat rounds, it doesn't matter what order people do things, but if player one goes, every other player at the table has to have their Solo round before that player can go again, transition locations, or make another check.

When a two players are in the same location, if it makes sense, the other player at the location can aid any checks that the player might make. 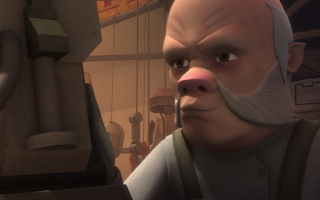 
What if characters want to buy multiple things, and don't want to cycle through the group multiple times to get back to their turn?

If a player creates a shopping list, they can make their check to find the item, at the rarity of the most rare item on the list, with a setback die for each additional item added to the list, to represent trying to find one place that has all of the items they want.

So what do you think? Is shopping not an issue in your games, or do you have better tools that you use to keep the narrative moving? I'm curious to hear from you, and even more so if you implement a solution similar to the above.

Posted by Jared Rascher at 5:54 PM