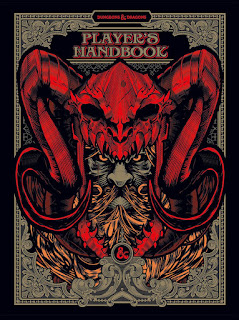 I’m freshly back from Gamehole Con. Well, not all that fresh. I’m back under protest, because they refuse to run the event for two weeks straight, and because I don’t have unlimited money. Regardless, on my way home, I noticed a new Unearthed Arcana article for D&D 5e playtesting, and I couldn’t resist taking a look at it.

Before I dive into particulars, I wanted to get my general thoughts on additional class features out first. So far, we have only really seen Subclasses (and spells) as additional class features “officially.” This Unearthed Arcana is introducing Additional Options (new options for existing class features that already have a set number of options, like combat styles or cunning actions), Replacements (taking a class feature that every one of that class just received and turning it into “you get X or Y,” where X is the default version of the class and Y is the new option), and Enhancements (the core class abilities don’t change, but the class will be assumed to have more spells on their spell lists, or they might get a new way of doing something they already do, like the Ranger’s animal companion).

The first thing I wonder is how this plays into the core design philosophy for 5th edition that has been in place up to this point. In other words, the assumption, which is made expressly the default in Adventurers League, is that everything new they introduce only has to work with the Player’s Handbook. In other words, a new race from Mordenkainen’s Tome of Foes or Volo’s Guide to Monsters doesn’t have to work with new subclasses in Xanathar’s Guide to Everything, because the core assumption is that the rules work when you use Mordenkainen’s and the Players Handbook, or Volo’s and the Player’s Handbook, or Xanathar’s and the Player’s Handbook, but not all four together. This has been a pretty solid design conceit, because if a DM wants to restrict what they allow, they can point back to the stated design philosophy of the game. What makes me question this is that the core assumption of some of the Enhancements in the article introduce spells from Xanathar’s to the assumed spell lists. If these options exist in a book that comes out in the future, wouldn’t that in and of itself imply three sources for a character, not just two?

Subclasses are distinct rules that are a decision that the character makes at one point in their career, and then it's done. Additional options start to introduce a little bit of bloat, but in general, it’s a new rule that introduced into a space where a decision with multiple options is already being introduced. Replacements feel like they could get confusing, because the core entries for all classes are written as if the options they have are THE only option for what the class gains at that level, and this is changing that absolute into an either/or outside of the main class description. Enhancements feel like they are introducing the biggest potential for both bloat and confusion, because if you have a player at the table that just wants to play their character straight from the Player’s Handbook, it isn’t a matter of looking at “is this subclass better than a later subclass,” it’s that the player that has the Player’s Handbook + (Mystery Future Book) will be playing a better version of the class. It has the potential for having a character with a 5e character at the table with someone with a 5.5e character, and that might get to be a problem.

Proficiency versatility doesn’t bother me at all. It’s a change that will hit every 4 levels, when a character is already leveling up, and may even be something that a lot of DMs would allow as a house rule anyway. I’ve got zero problems with a relatively slow change in what a character can do based on the development of the campaign.

Barbarian: I really don’t like Survival Instincts, not because it’s a horrendously overpowered ability by itself, but because I don’t want an increasing number of characters at the table that have abilities that break the assumed range of skill rolls in the same party. Eventually, that erodes the “meaning” of the established skill difficulties in the game.

Instinctive Pounce sounds like a fun alternative to Fast Movement that is thematic for a barbarian character. Not always fast, just ready to sprint towards opponents. This does mean that your orc barbarians might end up being faster than your other barbarians, so I guess that might be a “story” element you want to consider when introducing this feature.

Bard: I’m not sure how I feel about Spell Versatility (and this goes for all of the classes with this feature). I don’t know if it will be a problem at the table, but the concept of it bothers me a little. Instead of having a limited range of spells that the “we don’t prepare spells” crowd normally has, with a long rest, they have access to their whole spell list, with makes the wizard, especially, feel like they exist in a weird, limited space now.

Hey, look, another class with Heroes’ Feast. Hm. I’m not sure that feels all that bard like to me. I also think some of these expanded spells make sense for some subclasses of bard, but not others. Not every bard should be picking up the ability to turn into a berserker, for example.

Cleric: Swapping out a cantrip when you gain a level doesn’t feel too game-breaking to me, and most of the spells the cleric picks up make sense.

I’m super biased, having played a cleric up to 11th level now, but I like being able to burn Channel Divinity for spell slots, because I’ve definitely been in situations where I haven’t needed my Channel Divinity powers, but would really like to cast just one or two more spells.

Blessed strikes doesn’t really grab me one way or another. I can see it as an option for combat-oriented clerics, but it is odd that it’s a general option that can replace two separate options that clerics get for different options of their domains.

Druid: See above for Cantrip Versatility. None of the expanded druid spells seem to be an issue, and Ceremony makes a whole lot of sense. Revivify may be the only one I’m iffy on, but it’s not a huge issue for me.

Having played a cleric that burned a feat to have a familiar, it doesn’t feel like it’s a big deal to allow a druid a familiar when it's drawing on another class feature’s resources, especially since it’s a “temporary” familiar and thematically appropriate to the class.

Fighter: I’ll pull these forward, since they show up at the end, but I kind of like expanding the Fighting Styles available to classes that have them, but I’m not sure I like Superior Technique, because it feels kind of fuzzy to start pulling part of a subclasses feature away from it into a broad class feature.

I don’t know that I mind Maneuver Versatility, other than the fact that it introduces a long rest decision on a character type that didn’t have long rest decisions in the past, and might lead to a few more people in the party deliberating over the “perfect loadout” before getting back to adventuring.

Monk: I like more weapon versatility for the Monk, but I’m not sure how I feel about some of the other options. For some reason it’s harder for me to visualize these features, and I would really need to playtest them to get a feel for what this does to the class overall, even though I’ve played a monk before in 5e.

Paladin: Nothing here grabs me one way or the other, except that the paladin essentially gets to burn Channel Divinity to create spell slots to burn on more smites, which feels like a bit of a roundabout, and the “clutch spells slots” feel less like a thing the paladin needs than the cleric who may be supporting the party with spells.

Ranger: Okay, so as a big fan of rangers for a long time, and as someone that has also played a 5e ranger a few times, I like some of what is going on here. I don’t like Canny (see the Barbarian entry), but almost every alternate feature is something I would take without hesitation over the current version of the class abilities.

I do wonder if the intention for Favored Foe is to allow even hunter’s marks cast with spell slots to benefit from the moratorium on concentration. If so, this optional feature becomes pretty mandatory for melee rangers (assuming you think you’ll need more than your wisdom bonus in hunter’s marks for the day).

It’s also interesting to me that most of the features in this UA for ranger are alternate class features that are pretty much a better version of the current ranger, but the Ranger’s Companion is a straight-up enhancement to the Beast Master’s ability.

Of all of these, the ranger from this UA feels strongly like a “5.5” version of the class.

Rogue: I haven’t read much commentary on this UA yet, but I’ve seen some people worrying that the Aim cunning action might be an issue. Honestly, for me, it will cut down on rogues asking if they have a place to hide and running back and forth between two points in combat.

Sorcerer: First off, see Spell Versatility way back in the bard commentary. Secondly, I’m honestly not sure how I feel about these options. I’m in a game with a sorcerer that is constantly doing all kinds of in-depth rules twisting with spell points, so I’m inclined to be happier with the Font of Magic options over the Metamagic ones.

Warlock: I’m going to backtrack on one thing from my previous commentaries in this post—I’m fine with Warlocks getting Spell Versatility. Their spellcasting is already so weirdly different from other classes that I don’t think that swapping out spells on a long rest really changes the feel of the class or the dynamic with “prepared” casters.

The pact of the Talisman sounds interesting, and my brain may not be processing well after the convention, but I’m not sure giving a familiar the ability to attack is all that great. Eldritch armor actually sounds like an interesting addition to what could be the “combat caster” option of the warlock pacts.

What I really want to say is, I love the Pact of the Tome options in this. Like, I really love them.

Wizard: Nothing to say that I didn’t say above with cantrip versatility.

Fighting Styles: Blind fighting, Thrown Weapon Fighting, and Unarmed Fighting are all options that make perfect sense as fighting options. I like Interception, but I’d like to see how it interacts with other “bodyguard” abilities before making my mind up.

I do like that, as written, all of these new styles are available to fighters, paladins, and rangers.

This UA is a LOT to think about. It may be a pretty big paradigm shift. I like a lot of the additional flavor, and I like some of the enhancements that the classes get from this. It's hard for me not to want to see most of the ranger abilities become “official” options. That said, I’m not sure what the long term ripple effect of this many new options will be on the game, overall, but I’m intrigued enough to want to see what happens.

Posted by Jared Rascher at 5:15 PM