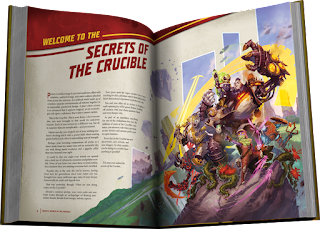 If you haven't heard yet, apparently Fantasy Flight Games has laid off most if not all of their roleplaying game employees, as well as their digital applications team. There has not been an official statement about any of this, or any words to the effect that FFG is getting out of the RPG business, but it doesn't look especially hopeful at this point in time. 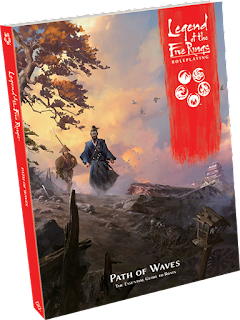 Given that sequence of events, it's probably not a shock that anything that doesn't turn maximum profits is going to be shut down, because to make a company attractive to potential buyers, buyers usually want the company to be very lean with high margins of profit on everything they do.

One interesting thing of note when I checked on Fantasy Flight's "Upcoming" page is that there are now three categories of upcoming products, "In Stores Now," "Shipping," and "In Production." In the past, there was also a category for "In Development." I'm not especially shocked that longer-term projects are no longer being advertised well before there is a target date for them.

FFG had a history of keeping even some "complete" lines in print. Often product lines that didn't have new products coming out, but sold through distribution, might be put back into the queue way at the bottom of the list, and it wasn't took hard to find it on the "Upcoming" page. Years after there was an original release, and while FFG was producing Dark Heresy 2nd Edition, they still had a reprint of the Deathwatch core book put into queue, for example, before the Games Workshop deal ended.

The following products are still on the "Upcoming" schedule on the web page:

Legend of the Five Rings

My hope is that most if not all of these products make it to market. While I'm not particularly interested in the Keyforge campaign sourcebook, I know Genesys has been popular, and there is a demand for more products.

I will fully admit, I was almost certain that the "cross-line" Star Wars RPG products seemed as if they were capstone products, but I thought that meant that a new 2nd edition would be coming soon, especially with the end of the sequel trilogy, and an opportunity to publish new RPG material that did straddle the line between Legends and current continuity (this wasn't a big sticking point for me, but I thought it may have been a directive coming from Lucasfilm, especially as the Legends material in more recent FFG Star Wars material has been significantly reduced.

I've got no idea what the future holds for FFG. I know that American private equity firms generally cannibalize the companies that they buy for maximum profits, but I don't know if that means that Asmodee and FFG are destined to go the way of Toys R' Us. Most private equity firms aren't in the business of picking up new businesses to diversify their holdings.

All of the above products are listed as accepting pre-orders, but since we've seen the rug get pulled out from under other companies not long before something was due to come out, and well after pre-orders were taken (I'm still kind of mourning The One Ring 2nd Edition), the pre-order status may not mean a lot as far as predicting the likelihood of these products making it to market.